There are 19 recognised gorilla families in the Rwandan

A extraordinary park in Rwanda

Rwanda is one of Africa’s most beautiful destinations. It’s famed for its dramatic mountainous landscapes and incredible wildlife, amongst which is some of the world’s last remaining mountain gorillas. The scenery in Rwanda is a gorgeous blend of tumbling mountain peaks, lush bamboo forests, huge volcanoes, idyllic lakes and unspoiled hilly rainforest. Nature lovers will undoubtedly visit Rwanda for the gorillas but stay a while longer to catch glimpses of the big five (lion, rhino, elephant, buffalo and leopard) in the Akagera national park, in-between visits to Kigali – Rwanda’s surprisingly cosmopolitan capital, and the country’s many areas of natural beauty.

Looking for inspiration?
Need more information or ideas?
Tailor make your trip?
Want a Group Tour?
Not sure?
Start planning your dream holiday trip. Call one of our Rwanda specialists on

Rwanda is a nature lover’s paradise, filled with stunning wildlife, a surprisingly modern collection of towns and cities, and the many, many hills that lend Rwanda the nickname: the land of a thousand hills. Start your holiday in Rwanda by exploring the Volcanoes National Park in the north west of the country. Here, you’ll be rewarded with rare glimpses of the country’s mountain gorillas, as well as the stunning Virunga Mountains, whose tallest peak, Mount Karisimbi can be conquered in 2 days for those up to the challenge. Next, take a safari in the Akagera National Park to spot the big 5, as well as hundreds of other animals along the border of Tanzania. Alternatively, if you’re a bird lover with limited time, you should head towards the Nyungwe Forest National Park which is a fabulously raw patch of jungle, home to hundreds of bird species, as well as primates and rare orchids, all of which are highly visible and explorable thanks to a canopy walkway installed high in the trees.

Those who want to stay immersed in Rwanda’s deeply rewarding wilds, should then travel to one of Africa’s Great Lakes – the awe inspiring Lake Kivu. The water here is clean and natural, emerald green in colour and surrounded by lush mountains and tree-topped hills. Hikers will enjoy Napoleon Island, while those just wishing to unwind can opt instead for a cruise along the lake’s waters. Travellers seeking Rwanda’s cultural offerings should consider a day or two in the capital Kigali, which is arguably one of Africa’s safest and prettiest capital cities. Despite the horrors seen in the genocide of 1994, Kigali now has a cosmopolitan edge, with skyscrapers, chic restaurant options, vibrant streets and treelined
boulevards.

Kigali is the capital city of Rwanda, roughly in the centre of the country. It sprawls across numerous hills, ridges and valleys, and has a vibrant restaurant and night life scene. Visit Akagera national park the home the most convenient add on to gorillas for the Big Five animals in Rwanda. Then the Congo-Nile trail is actually a tangled network of trails and roads that run from Gisenyi at the north end of lake Kivu & experience Mount Bisoke is an active volcono in the virunga mountains of the Albertine Rift. 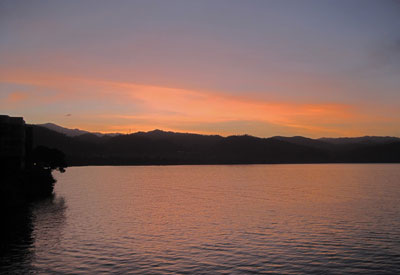